Last week, we discussed some of the challenges that would face K-pop artists in their attempts to crossover into the American music industry. The topic of race was mentioned briefly and caused a little bit of controversy. This week we have decided to attempt to do this important issue more justice by looking at the real role that race plays in the contemporary Western pop industries.

Race has always been a contentious but important topic in discussions about the state of pop music. Despite almost all forms of modern popular music having their roots in ‘black music’ of some form, from rock and roll’s roots in blues and gospel to hip hop’s huge influence on modern dance pop, the history of 20th Century western pop was arguably largely one of music made by black musicians being appropriated by white musicians for a mainstream audience. Meanwhile music made by black artists was often side-lined into subcultures and specialist genres. As Eminem put it in his 2002 single, ‘Without Me’: ‘I am the worst thing since Elvis Presley / To do black music so selfishly / And use it to get myself wealthy’.

However in the past couple of decades, particularly as hip hop has come to play an increasingly prominent role in the mainstream industry, more and more black artists have had massive success and become icons of popular culture through their music. While representation of black people in other forms of media is still very questionable, in the charts, at least in terms of numbers, black artists are now, finally, being well represented.

Arguably, this is down to black artists taking the game into their own hands and becoming some of the most influential figures in the music industry. Figures like Russell Simmons and Puff Daddy and later Jay-Z and will.i.am have used their fame, production skills and business acumen not just to make successful music but also to push black performers right to the top of the industry.

Despite this significant move forward in representation, some races are still noticeably absent. How often is it that you see an Asian face in a chart-topping music video? With the obvious exception of PSY, Asian and Asian American artists have been almost completely absent from the charts. Even when they are successful they tend to take a backseat to the music in order to get ahead. Take for example, Far East Movement, probably the most successful Asian American act of the past few years. Their breakthrough hit ‘Like A G6’ became a huge club track and then went on to radio where it caught people’s imagination. It got to number 1 on the Billboard Hot 100 but the group have struggled to replicate its success since despite a few minor hits. They seem to have struggled to gain the same kind of celebrity following that many other artists have.

The situation for Asian women is even worse. I cannot remember the last time I saw an Asian or Asian American woman as the artist in a music video rather than as a background dancer or love interest (such as Chris Brown’s latest single, the very crassly titled and pretty offensive, ‘Fine China’). While there have actually been quite a few mixed-race Asian female performers such as Nicole Scherzinger, Amerie, Vanessa Hudgens and Cassie that have become successful, a lot of the time people are simply not aware of their Asian heritage.

But why is this?

It’s undeniable that the racial stereotypes presented and perpetuated by the mainstream media should shoulder a lot of the blame. The primary issue, in my opinion, is that Asians (whether they be from Asia or of Asian descent) are almost never shown as strong-willed individuals in any part of popular culture. Usually Asian characters are quiet, shy and subservient or odd, out-of-touch and uncool. 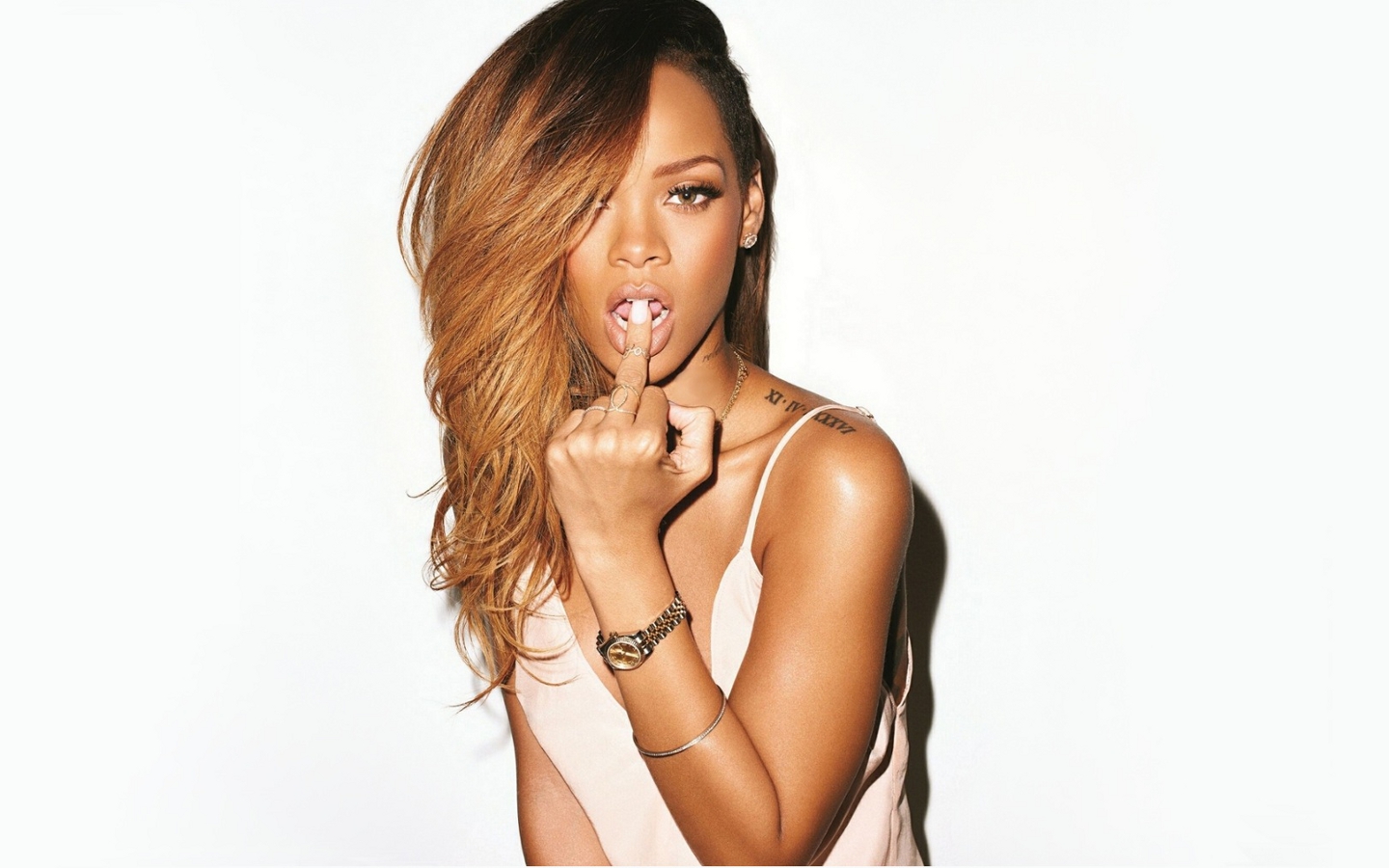 This image is incompatible with the brash and individualistic image that has become a requirement for success in the current western pop industry. The whole industry runs on selling images of artists that are supremely self-confident, to the point of arrogance and which emphasise uniqueness and individuality. Furthermore there is an expectation of authenticity in this image. Not only do stars have to act like they are the best on camera, they have to continue this into their off-stage persona using outlets like social media. You have to act like you are a star in order to become a star.

This is where the issue arises for Asians trying to make it in America. The public not only wants to see your over-confident self-image on stage, they want to believe that it is your real-life persona. However the media teaches us that Asian people do not act like that. Asian people are not cool or confident according to the primary narratives of western pop culture.

For K-pop idols trying to break into America, the problem is double fold. Not only do they have to successfully portray this image despite the huge negative stereotypes they face, they also run risk that this new image could jeopardise their existing fanbase. Acting like you are the best may be the only way to succeed in the States but it will not fly in Korea. For females in particular, the slightest hints of disrespect or arrogance is likely to generate lots of negative publicity and internet comments and could seriously damage an idol’s reputation.

On top of that, it is very difficult to convince a mass audience of your self-confidence when you do not speak the language fluently. Being put in the spotlight and expected to communicate in a language in which you are not fluent, is extremely nerve-wracking and it is almost impossible to communicate your individuality if you cannot speak confidently. In the past, people have highlighted the fact that Girls’ Generation have 2 fluent English speakers when discussing their ability to make it in the States. But the other side of that are the 7 non-English speaking members who by default fulfil the role of passive, quiet Asian woman by simply being unable to be anything else. That is a serious setback for SNSD and one that they may never be able to overcome.

Stereotypes often act in opposition to one another as well. The stereotypes associated with the people who surround someone can affect the perception of them. That is why will.i.am’s racial identity was brought up in the previous article. It has absolutely nothing to do with whether his race affects his ability to create a hit song or artist. Aside from that being a racist thing to say, it would also be ridiculous. He is quite clearly more than capable and in fact few people have produced more hits in the past few years.

It has to do with the fact that despite clearly believing in 2NE1’s abilities and having worked with them for two years, he has never tried to bring them into the American music market. More than likely, this is because he believes that the negative stereotypes that surround black men and Asian women could have a serious negative impact on 2NE1’s ability to succeed with him. will.i.am is a very savvy businessman and he would not back anything that may be unsuccessful (hence all of his hits).

This, of course, does not make any of this acceptable. We should always be striving for a media which better represents all of its consumers and not just some of them. It’s not okay that the racial identity of an artist has to be considered more carefully than their talent when deciding whether they could make it in the marketplace. Wrong racial stereotypes should not be allowed to continue simply because everyone knows them. But will K-pop artists be the one to help change this?

Surely, acceptance of groups of people within a country needs come before acceptance of those outside can take place? The Western and American media needs to start to giving a more prominent and diverse role to Asian Americans (and other native English speakers of Asian heritage) before we can even start to see more acceptance of Asians from Asia in popular media.

Thankfully, young Asian people are taking this into their own hands and using new forms of media to make themselves heard. Many of YouTube’s most well-known users are of Asian heritage including Ryan Higa, Michelle Phan, Kev Jumba and MyChonny to name just a few. There are also signs that things are on the up in mainstream media with the recently released film from the writers of The Hangover, 21 & Over featuring a Chinese-American character as lead.

Regardless of this, should K-pop be even trying to make it in the American industry? With the dawn of the internet, young people have been given much more choice in the media they consume and are increasingly deciding not to accept what is given to them by mass media. It is possible for K-pop to continue to build itself up as a niche market and gain more and more profits and fans without ever having to take the huge risks that are associated with entering the American market. Plenty of genres exist very successfully just outside the mainstream and they build up followings which may be smaller but are also much more devoted than their mainstream counterparts. Why shouldn’t K-pop?

What do you think? Could any of this affect K-pop’s chances in the West? Let us know in the comments.